Meghan and Harry Finally EXPOSED for their deceitful ways 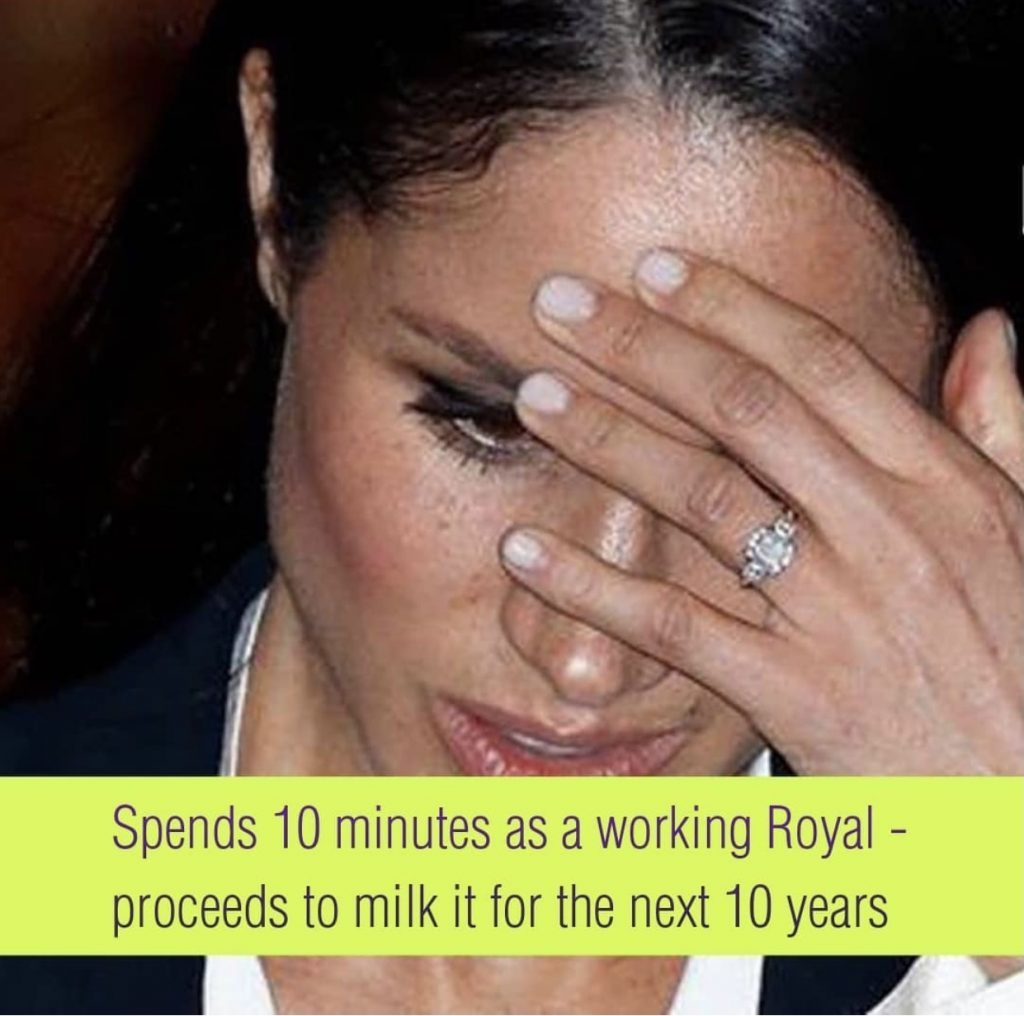 Yesterday we talked about the unravelling of Meghan Markle and we also confirmed that the dogs were coming to tear her apart.

Fortunately or unfortunately depending on how you look at things all predictions are coming fast extremely quickly.

Meghan including Harry are being exposed like never before and somehow we just know things are just getting started. These two are going to wish they never left the shores of England in a short matter of time.

The Duchess of Sussex sued Associated Newspapers Limited (ANL), the publisher of the Mail On Sunday, over five articles that reproduced parts of a “personal and private” letter sent to her father, Thomas Markle, in August 2018.

The Duchess of Sussex has apologised for misleading the court over her recollection of the information her aides gave the authors of an unauthorised biography about her and Prince Harry.
Meghan sued Associated Newspapers Limited (ANL), the publisher of the Mail On Sunday, over five articles that reproduced parts of a “personal and private” letter sent to her father, Thomas Markle, in August 2018.

Earlier this year, the High Court ruled ANL’s publication of Meghan’s letter to her father was unlawful. It meant that there was no need for a trial.
But now ANL is challenging that ruling at the Court of Appeal, arguing the case should go to a trial on Meghan’s claims including breach of privacy and copyright.

In a witness statement, Mr Knauf said the book was “discussed on a routine basis”, including “directly with the duchess multiple times in person and over email”.

He also discussed planning a meeting with the authors to provide background information and said Meghan had given him several briefing points to share with them, including how she had “very minimal contact” with her half-siblings during her childhood.

Emails released as part of Mr Knauf’s statement showed he had emailed Harry to discuss the book and say he would meet the authors.
He said the duke replied: “I totally agree that we have to be able to say we didn’t have anything to do with it. Equally, you giving the right context and background to them would help get some truths out there.”

Meghan’s witness statement, made public on Wednesday, saw her apologise for misleading the court about whether Mr Knauf had provided information to the authors.
She said: “I accept that Mr Knauf did provide some information to the authors for the book and that he did so with my knowledge, for a meeting that he planned for with the authors in his capacity as communications secretary.
“The extent of the information he shared is unknown to me.
“When I approved the passage…I did not have the benefit of seeing these emails and I apologise to the court for the fact that I had not remembered these exchanges at the time.
“I had absolutely no wish or intention to mislead the defendant or the court.”

Meghan, 40, said she would have been “more than happy” to refer to the exchanges with Mr Knauf if she had been aware of them at the time.
The duchess added they are “a far cry from the very detailed personal information that the defendant alleges that I wanted or permitted to put into the public domain”.
She also said she did not discover the emails between her and Mr Knauf sooner because the disclosure stage of the litigation had not yet been reached.
In October last year, her lawyers applied to adjourn the trial date because she was pregnant, and she said she was advised to avoid stress after her recent miscarriage.
It came shortly after ANL indicated it wished to reveal the identities of five friends who gave an interview to US magazine People, in which they referred to her relationship with her father.
Earlier on Wednesday, a witness statement from Mr Knauf claimed that the letter Meghan had written to her father was done so in the knowledge that he might leak it.
The hearing will continue on Thursday, with judges expected to give their ruling at a later date.

It’s all coming down like rain on the Sussex’s

The unravelling of Meghan Markle And Harry has Begun

Well after the show up with the bond premiere they had to tone it up this time... its always a match with these two plunging neckline and all 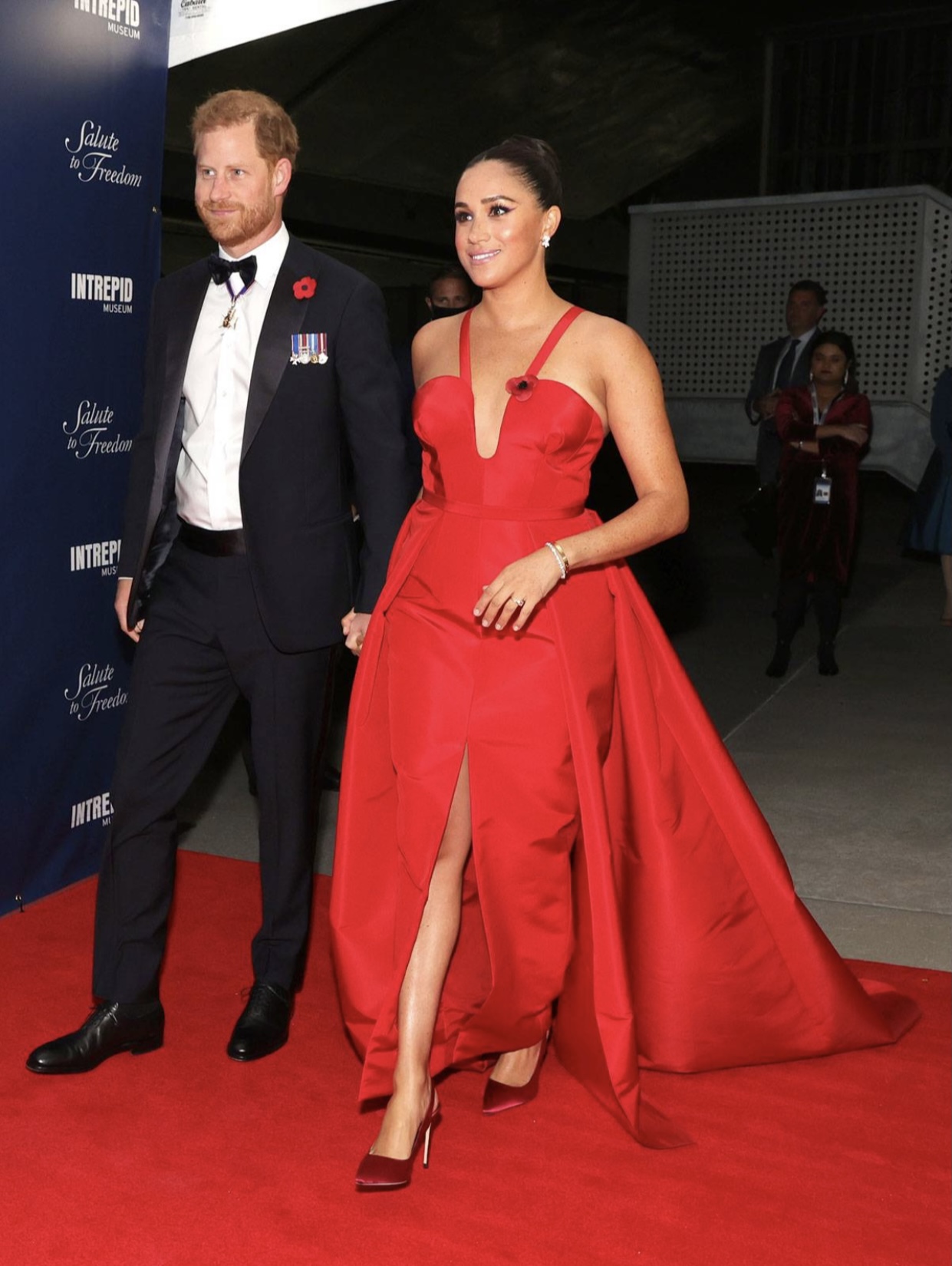