Are the real housewives of Dubai actually as rich as they seem?

Who is the richest real housewives of Dubai?

Like literally everyone wants to know. One thing is for sure these ladies have money but not as much as they seem to have on the show from their spending habits.

The latest new crop of rich women who love to start drama is here, as Bravo’s The Real Housewives of Dubai is already seemingly a hit, as people online are loving getting to know the six cast members featured in the new addition to the incredibly successful franchise. The program is centered around Nina Ali, Chanel Ayan, Caroline Brooks, Sara Al Madani, Lesa Milan, and Caroline Stanbury, who are all beautiful, hardworking, and ready to make the most of their time on screen.

What Is Caroline Stanbury’s real Net Worth?

By now, Caroline Stanbury is basically a pro when it comes to reality TV. She got her start in the industry in 2014, when she was part of the inaugural cast of another Bravo show, Ladies of London, which was essentially a Real Housewives-style program. She remained on the series for three years, until its conclusion

Throughout her working life, Stanbury has run her own luxury goods company, designed a furniture line, acted as a celebrity stylist, launched a shoe line called Black Suede Studio, and worked in other fashion-related ventures. Celebrity Net Worth puts her net worth at $30 million, though how she came to have all that money isn’t clear. Some of it surely comes from her working life, but she is also divorced from wealthy businessman Cem Habib (she’s currently married to former Real Madrid soccer player Sergio Carrallo), and that may have contributed.

What Is Lesa Milan’s Net Worth?

Lesa Milan is a self-made woman, and she’s accumulated a net worth of somewhere between $5 million and $9 million thanks in large part to her high-end maternity line, Mina Roe. The company offers everything from dresses to jeans to swimwear for prices that typically include three digits. The brand has been endorsed by celebrities in the past, including the one and only Beyoncé.

In addition to her work with Mina Roe, Milan also keeps busy with her second business, a children’s-focused brand called My Little Makers. The line—which has a website, but which doesn’t appear to actually be selling anything at the moment—offers educational toys and games for very young kids, with a focus on products for those who are left-handed. According to Distractify, My Little Makers’ offerings will “expose toddlers to materials that promote reading and development.”

What Is Caroline Brooks’ Net Worth?
Net Worth
$4 MILLION – $6 MILLION

Like some of her fellow Real Housewives of Dubai co-stars, Caroline Brooks balances being a mom with running not one, but two businesses. According to an article published by The Sun, she lost everything when she divorced her first husband, who brought her to the UAE in the first place.

Now, Brooks is reportedly the executive director of Rent DXB, a real estate company, though the firm doesn’t appear to have an online presence. She is also in the process of opening the Glass House Dubai spa, which will reportedly be included in the series’ first season.

What Is Chanel Ayan’s Net Worth?

Originally from Kenya, Chanel Ayan has spent much of her adult life as a model, and she’s found incredible success in the competitive industry. Throughout her career, she has worked with high fashion brands like Valentino, Louis Vuitton, and Gucci, and she’s posed for publications such as Vogue, as well as international editions of the magazine based in Arabia and Italy. It looks like Ayan is also gearing up to launch a cosmetics line called AYAN Beauty by Toni Malt (with makeup artist Toni Malt), but it doesn’t appear that any products can be purchased yet.

The Sun reports that Ayan’s net worth is $2 million.

What Is Sara Al Madani’s Net Worth?

Of all the women who have been cast in the Real Housewives of Dubai, it seems like Sara Al Madani has worked in the greatest number of industries. In fact, she doesn’t appear to have a focus, but rather she’s tried her hand at many different things, and they have all helped her accrue a net worth that could be $1 million, or perhaps as high as $16 million (according to unnamed sources mentioned by Cheat Sheet).

Al Madani got an early start in the business world, as she launched her own fashion line when she was just 15, according to an interview she gave to BMW. Later, she worked for VR/AR company Hulatek, digital marketing company Social Fish, NFT business Acatraznft, beauty brand Kind & Co., she’s a partner at construction/real estate firm Cahero Holdings, and CEO and co-founder of Halahi, which is like a competitor to Cameo.
What pushes her to work so hard? According to her BMW interview, she “wanted to be financially independent,” which is something her parents instilled in her from a young age.

What Is Nina Ali’s Net Worth?

Among the cast of the Real Housewives of Dubai, Nina Ali’s net worth seems like it’s the most difficult to pin down. According to an article about her on Cheat Sheet, various publications have pegged what she’s worth at numbers that vary from as low as $2 million to as high as $1 billion. That’s a wide enough range that it’s nearly impossible to actually pick one sum and write it as truth.

In addition to being a mother of three, Ali also operates her own fruit cake business, but these aren’t the “fruitcakes” Americans are familiar with. Her company is called, simply, Fruit Cake, and the firm’s photos shows that they look fresh and delicious. She also reportedly runs a “parenting and fashion business” called Lipstick Mommy, but there’s no trace of such a thing beyond her own name on Instagram.
It’s possible that a big chunk of Ali’s net worth (or, their family’s net worth) actually comes from her husband, who works in the cryptocurrency industry. Yahoo reports that his company engages in transactions that number into the hundreds of millions of dollars (or more), so his take-home salary is likely substantial.

One thing is for sure these ladies have money but not as much as they seem to have on the show from their spending habits. 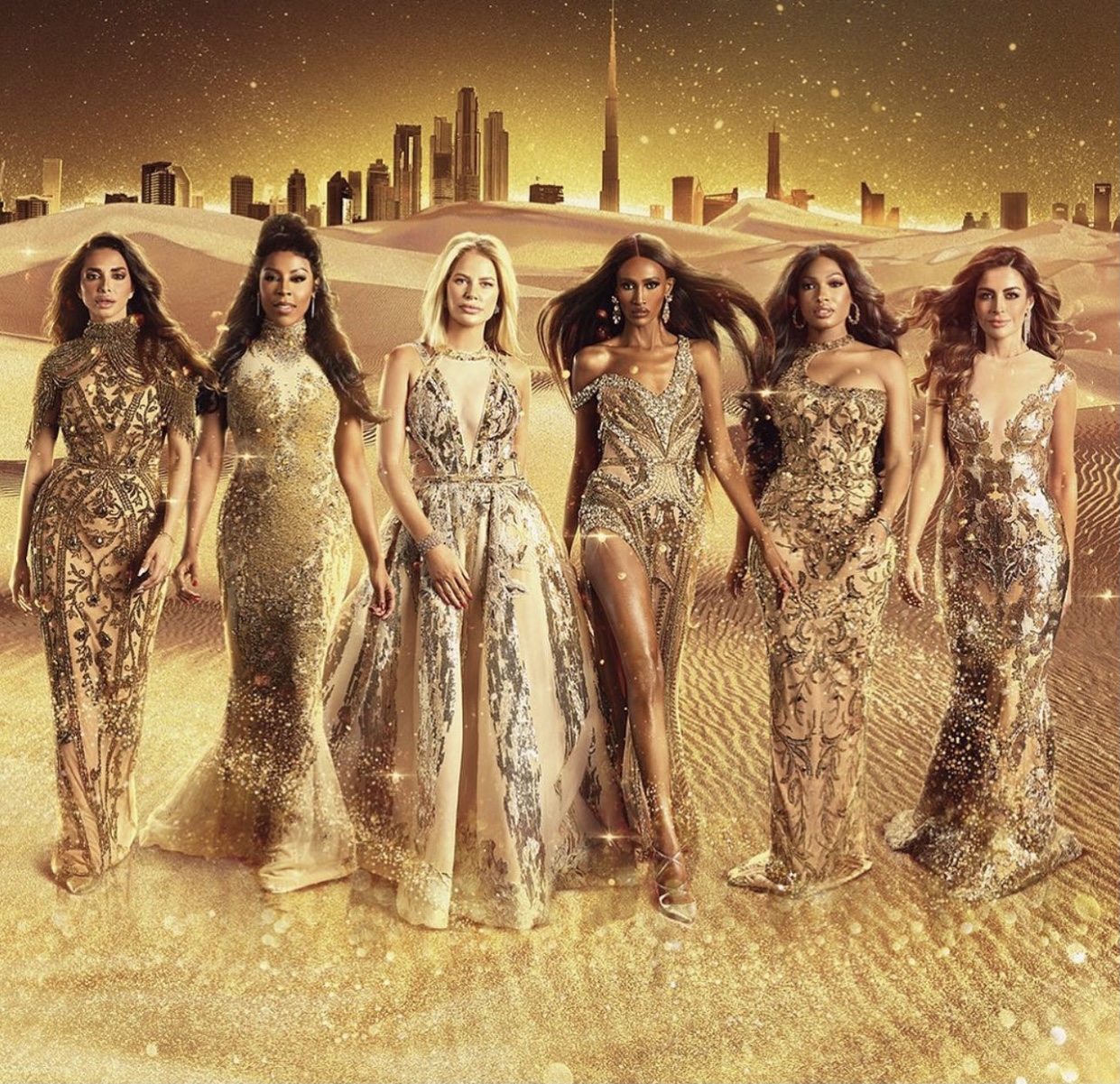 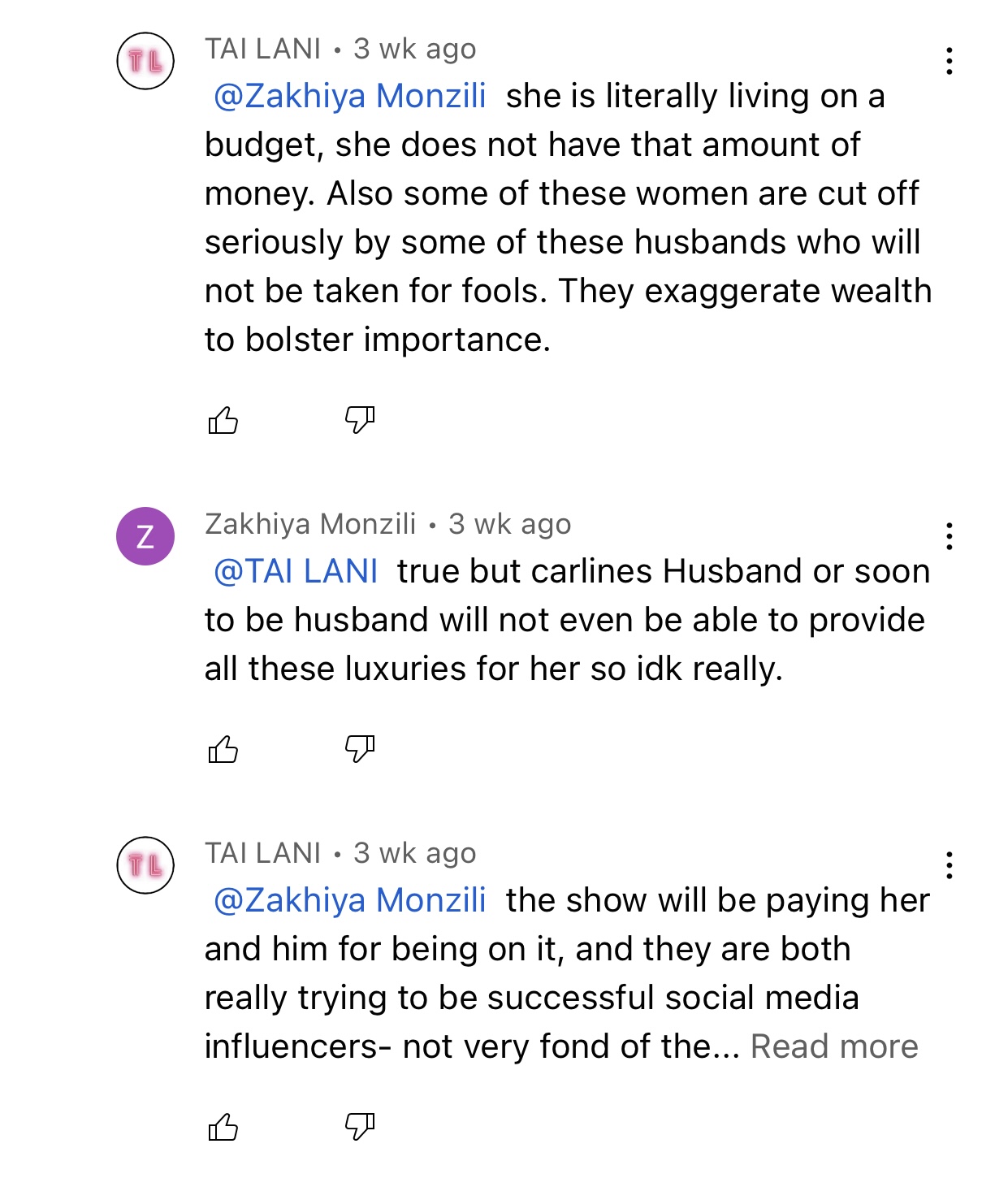